7 Tips for Cleaning Fruits and Vegetables

Although most people know animal products must be handled carefully to prevent spoilage, many don't realize that fruits and veggies can also be the culprits in outbreaks of food borne illness. Because cooking food kills harmful bacteria, raw veggies and fruits carry the biggest risk of contamination.

In recent years, the United States had several large outbreaks of illness caused by contaminated fruits and vegetables-- including spinach, tomatoes, and peppers.

Safely preparing produce before eating is an important way to prevent food borne illness. Choose produce that isn't bruised or damaged, and make sure that pre-cut items -- such as bags of lettuce or watermelon slices -- are either refrigerated or on ice both in the store and at home. In addition, follow these recommendations:

You should also store perishable produce in the refrigerator at 40 degrees F or below.

The USDA also warns consumers to steer clear of raw sprouts because of the risk of bacterial contamination, or to cook sprouts before eating. 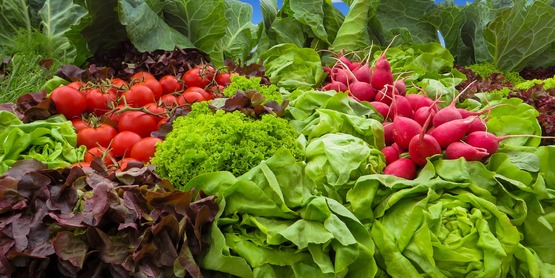